This is the discography of American singer Bootsy Collins. Fallout 4 visible body anatomy.

'I'd Rather Be With You', from the album Stretchin' Out in Bootsy's Rubber Band was featured in the movie Baby Boy.

Collins co-wrote, with Lyle Workman and performed on several songs in the soundtrack to 2007‘S Superbad. He performed with a reunion of the original JBs rhythm section: Phelps Collins, Clyde Stubblefield and Jabo Starks, and supplemented by Bernie Worrell.

This includes illegally distributed official material (TSR, WotC), reproductions, dubious PDFs, and websites or applications which use or distribute non-SRD rules content. Animal folk d&d 5e. All images must be original content, must include OC or Art in the title, and must be accompanied by a description in the comments of at least 400 characters.

In 1971, his band House Guests (a precursor to Bootsy's Rubber Band) recorded two, two-part singles, 'What So Never The Dance' and 'My Mind Set Me Free'.

In 1978, he played on Bernie Worrell's album All the Woo in the World.

In 1978, he played on Parlet's album Pleasure Principle (album).

In 1979, he played on Parlet's album Invasion of the Booty Snatchers.

In 1981, he produced and played on Godmoma's album Godmoma Here

In 1987, he produced Mico Wave's one-and-only album 'Cookin' From the Inside, Out!', from which 2 tracks ('Instant Replay' and 'Misunderstood') appeared on the compilation album '6 Degrees Of P-Funk (The Best Of George Clinton And His Funk Family)' under the artist 'George Clinton & The P-Funk All Stars'.

In 1988, Bootsy co-produced (alongside George Clinton) the album Lifestyles of the Roach and Famous by INCorporated Thang Band (a P-Funk spin-off).

In 1990, he played guitar, bass, and contributed guest vocals on Deee-Lite's album World Clique, most notably on 'Groove Is in the Heart', which hit No. 4 on the Billboard Hot 100.[6]

In 1990, he appeared on a track on Maceo Parker's album Roots Revisited.

In 1990, he played on Bernie Worrell's album Funk of Ages.

In 1991, he contributed bass and backing vocals to the album The Third Power by Material (band)

In 1993, he played bass and guitar on The Last Poets' album Holy Terror (album).

In 1994, he contributed to the Soup Dragons' last album, Hydroponic.[7]

In 1995, he and other P-Funk members recorded the album Funkcronomicon under the name 'Axiom Funk'

In 1996, he mixed an alternate take of the song 'Silver City Children' (known as the 'Hip-notic Boot-si-phonic Mix') from SHAG's album Silver City.

In 1999, he appeared on Buckethead's album Monsters and Robots.

In 2002, he appeared on the album 'The Exodus (album)' by Gospel Gangstaz.

In 2002, Collins provided vocals to the title track on Fatboy Slim's EP Illuminati. He read a poem at the end of FatBoy Slims's release in the Late Night Tales DJ mix series.

In 2004, Collins performed on the title track on TobyMac's album Welcome to Diverse City.

In 2004, he appeared on Nicole C. Mullen's album, Everyday People.

In 2002, Collins worked with the Lo Fidelity Allstars on their album Don't Be Afraid of Love. He has recorded with Praxis and with Buckethead on several occasions.

In 2004, he appeared on Snoop Dogg's Rhythm & Gangsta album.

In 2004, Collins was featured on the album True Love by Toots and the Maytals.[8]

In 2004, he performed a cover of 'Power of Soul' on the tribute album Power of Soul: A Tribute to Jimi Hendrix.

In 2009, Collins collaborated with Reflection Eternal, a duo made up of Talib Kweli and Hi-Tek, on the track 'Internet Connection'.[9]

In 2013, Collins was featured on the album 'Defenders Of The Faith' by the band Gospel Gangstaz. 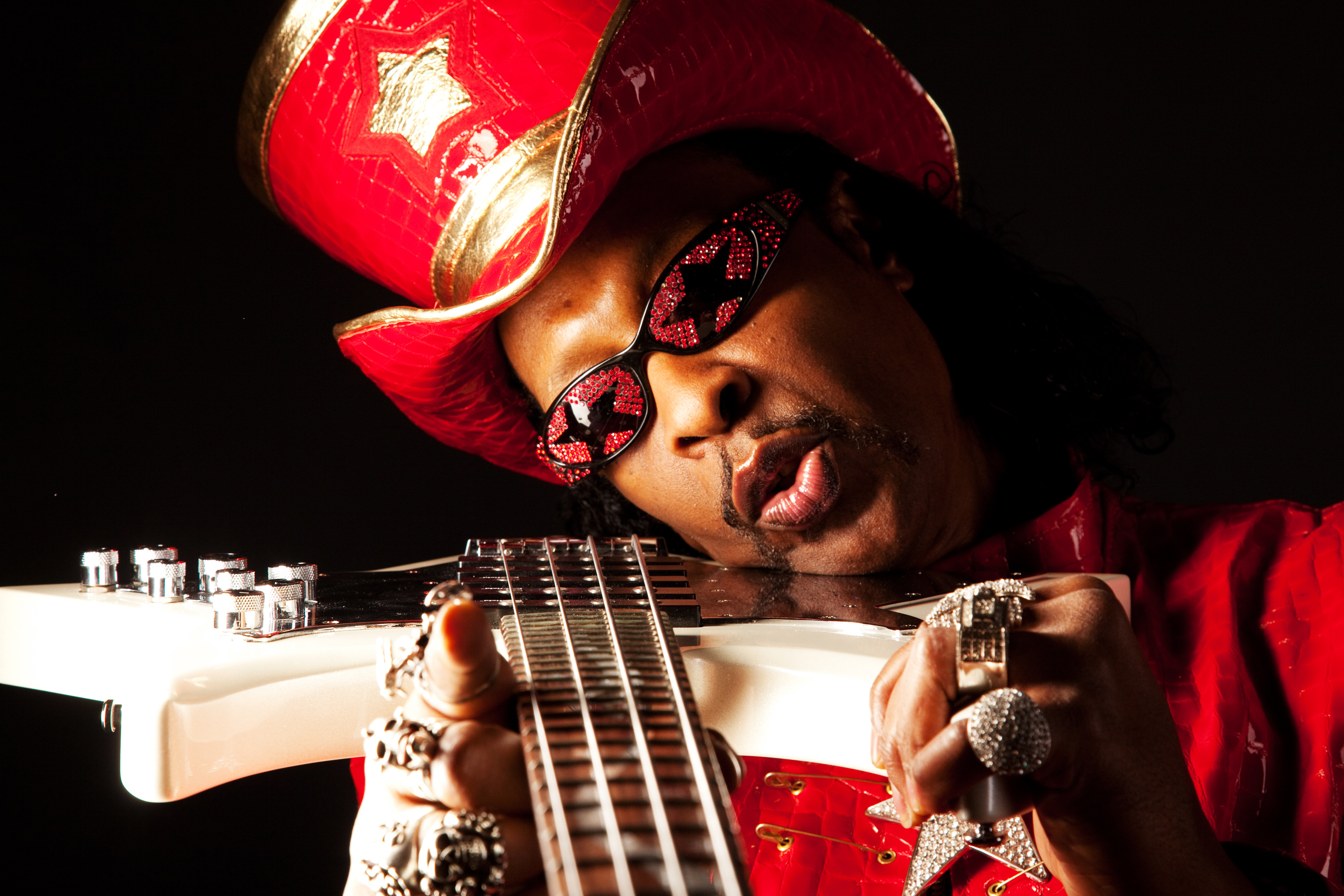 In 2018, Collins sang and played bass on 'After The Storm' by Kali Uchis.