One of my favorite ways to play Skyrim Remasteredis as a necromancer. The beauty (and curse) of this game is that you can play any kind of necro you want.

..but when you stray too much, you aren't really playing a necromancer anymore. For example, if you wear heavy armor, use a two-handed weapon, and raise the dead, you're more of a death knight than a necro.

That's why I wanted to put together a short guide to help you out. This is, in my opinion, the best way to play a necromancer in Skyrim Special Edition without throwing in the crazy customization that mods bring.

Keep in mind too that I'm recommending things from the standpoint of roleplaying. This isn't a min/max build, but instead meant to help you look, act, and feel like a necromancer.

Without further ado, here are my recommendations:

Something about Dark Elves make them seem like the natural fit. They're skilled with magic, are somewhat sneaky, and aren't the most upstanding citizens in Skyrim. At least, they aren't perceived that way.

So you could come up with a backstory that you were a Dunmer coming to Skyrim for a better life but became disgusted with how poorly you and your kin were treated. Then you turned to the dark side.

Bretons aren't a bad choice, either. They're naturally slanted towards Conjuration, which is the heart and soul of the necromancer.

This is probably the most obvious, which is why I wanted to put it up front.

Necromancers bring dead things back to life. That's just what they do. Even though Atronachs can be useful for getting the first few enemies down, they aren't your focus.

By focusing on the necromancy line of spells and perks, you get bigger, beefier, longer-lasting zombies. I don't have to tell you how useful this is, especially when you max out Conjuration and get to the point of having two summons!

But summoning the dead isn't the only trick up your sleeve.

Most of your damage output will come from zombies, but you still need to be able to defend yourself. This is especially important when you don't have corpses available for summoning.

Ice spells are great because they slow your enemy down and sap their stamina. I specifically remember a friend of mine telling me that he always had better luck using ice spells than fire. Even though fire does more damage, the utility of ice is what makes these spells rock.

Just keep a close eye on your magicka. You don't want to use up so much of it with Destruction spells that you don't have any left to summon your zombie!

I won't lie -- I actually hate the mage armor spells. They don't last nearly long enough in my opinion. (Though magic mods can help with that.)

But they're still necessary due to how fragile you are. Because you won't be investing much in health or wear much armor, you'll need all the help you can get. Especially when you go up against archers that are focusing more on you than your summons.

To help conserve your magicka for more offensive spells, cast your mage armor right before a fight and let your magicka recover for a few seconds. Once the battle starts, magicka regeneration slows to a crawl.

Staves are fairly rare in Skyrim, but can prove very useful. For necromancers, there are two main options you may be interested in.

The first is a staff that casts ice spells like Ice Spike. This lets you keep up the offense even when you run out of magicka.

The other is one that lets you raise zombies. Again, the idea is it saves you from having to use precious magicka, which you can then use for mage armor or offensive ice spells.

If you're having trouble finding great staves, one option is to make your own. I won't give you all of the details, but will say the Sigil Stone you get from getting to level 90 or above in Conjuration gives you the ability to make staves.

The robes you find on enemy necromancers (or sometimes in chests) are what you're looking for.

No, they aren't the most powerful in the game. But they are good enough AND they have a green human skull on the front.

The best thing is you can combine these with a hood or mask, because they don't come hooded. That opens up the door for some customization, although there's one thing I recommend:

Jan 31, 2012  DirectX 9.0c on 32-bit and 64-bit PCs. This download is licensed as freeware for the Windows (32-bit and 64-bit) operating system on a laptop or desktop PC from components without restrictions. DirectX 9.0C 9.0c is available to all software users as a free download for Windows 10 PCs but also without a hitch on Windows 7 and Windows 8. Pixel shader 2.0 directx 9.0 free download.

When I think of a necromancer, the main aspect I think of is raising the dead. Vokun gets my vote as the mask they helps reduce the cost of your conjuration spells.

Another decent option is Nahkriin. This reduces the cost of your Destruction spells, letting you sling more ice around before having to run away like a little girl.

..I got nothing here.

While you could invest in Enchanting to beef up some cloth shoes, for the most part these don't matter. Pick whatever makes you happy!

Ring - Ring of Conjuration or Ring of Destruction

I know, this is kind of boring. But considering these are your two main sources of damage, you need to lower the magicka cost as much as possible. 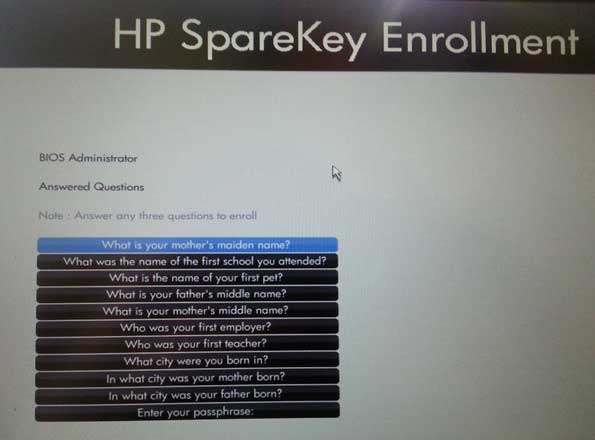 Hi All,I have a client using an HP laptop and recently we were asked to ensure all laptops had drive lock enabled and password protected. Problem is that even though we know exactly what the password is we can't seem to find any way of unlocking the hard drive, all attempts are met with 'Hard drive locked' before even being asked to enter the password.Can anyone confirm if HP have set up Drivelock deliberately to permanently trash the contents of a hard drive is the password is input incorrectly a few times?Otherwise can anyone please tell me how on earth I can unlock it (or get to the contents) using the correct password?ThanksAdam. We did this but unfortunately one of the users has entered the incorrect password a few times and has locked the hard drive so the system won't boot.

Another more unique option is Azhidal's Ring of Necromancy. This ring is kinda weird. It causes your reanimated minions to explode for 50 frost damage and die when they take damage.

So you're kinda turning your zombie into a walking ice bomb.

That's kinda cool, but in general I wouldn't say it's the best way to go. Your zombie can output a lot more damage than that over time, plus it can tank for you.

The main way I see Azhidal's Ring of Necromancy making more sense is if you're in an area with lots of weak monsters where the frost explosion may kill or at least almost kill most of the enemies.

I mainly put this one because of the name. It's not an amazing amulet, but considering it shares the same name as our build, I had to include it. 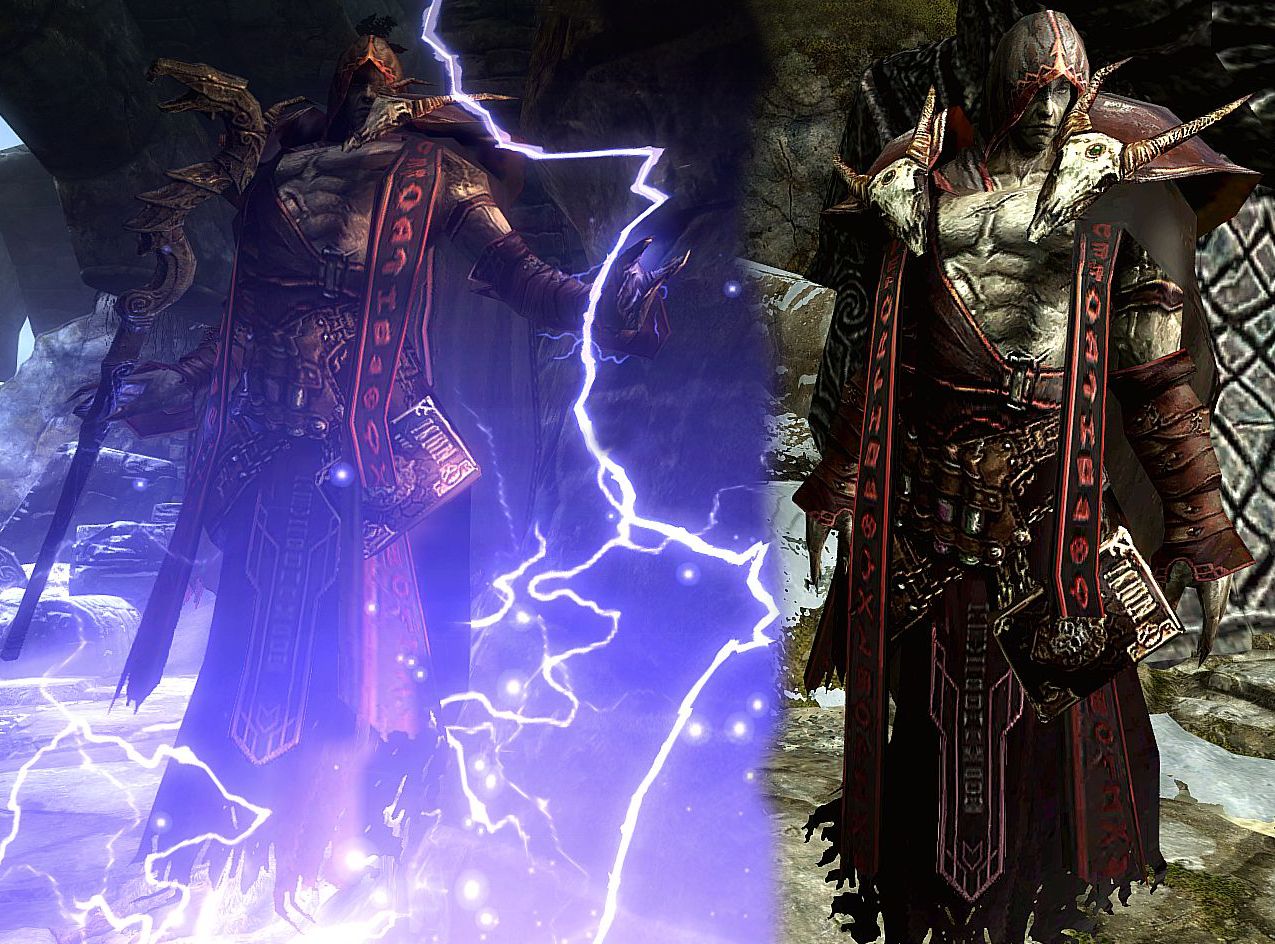 Plus, it's not bad. It benefits you in the two most important areas - magicka and lowering Conjuration costs. The slower stamina regen may get irritating, but only during long sprints.

Besides, it makes sense that necros wouldn't recover stamina all that fast. You're a mage, who (in general) is in worse shape than both rogues and warriors.

This one is a little obvious. The Ritual Stone is awesome for two reasons:

Necromancers have created entire armies with this stone and marched on cities! It's pretty funny.

My biggest problem is I would forget to use the power. I would usually have a dragon shout equipped instead, and then every once in a while remember how fun (and useful) this Ritual Stone power can be.

Another fun fact is you can reanimate just about anything except dragons and skeletons. So even though you can't normally reanimate that giant or mammoth - the Ritual Stone makes it possible.

This one takes a while to get, but I think it fits the necromancer mindset and play style more than any other.

When you hit an enemy using all three words of the shout, three fun things happen:

The only sad news is that when the zombie dies, the corpse disintegrates like most other zombies you summon.

But the good news is that this shout can be used to reanimate enemies that are normally too powerful. Giants are the main ones that come to mind, but if you've reached a point where your Raise Zombie spells can't raise most enemies you're facing, this is a decent option.

Vampirism -- to Suck Blood or Not?

I've read mixed opinions on this. On the one hand, vampires in Skyrim Special Edition have certain abilities that make sense for necromancers.

On the other hand -- necromancers control the undead. Vampires are undead. You would think they wouldn't get along all that well, since the necro tends to control the vampire's brethren.

My thought? Vampires are much, much smarter and more powerful than zombies, draugr and skeletons. They aren't even in the same ballpark. So vampires see those weaker forms of the undead the same way a necromancer would -- as slaves to do the bidding of the more powerful life form.

If you agree, go find a vampire nest and catch yourself some Sanguinare Vampiris. Let it evolve and turn you into a vampire, then have fun terrorizing the world as both a necro and a vampire!

This is something else up for debate. Following on the vampire discussion, we realize that vampires and necromancers can get along. But should a necromancer take along another mage, like Serana, as their follower?

I think in reality, most followers wouldn't want to follow a necromancer. For all they know, the necro will stab them in the back (or have a zombie do it) and then reanimate the follower's body.

But Serana understands the dark side of life and won't worry about it. Sure, during some battles it'd be nice to have a follower that tanks for you. But since both yourself and Serana will be summoning undead creatures, you probably don't have to worry about it too much.

Obviously you don't have to follow this necromancer guide in The Elder Scrolls V: Skyrim Special Edition, but it's an idea of how to build a pure necromancer, which is one of the best ways (in my opinion) to scour Tamriel.

If you want more sweet builds, check out GameSkinny's other Skyrim build guides.